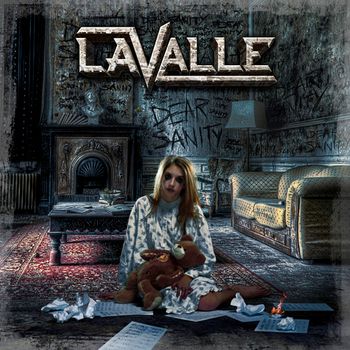 Share photo gallery
LAVALLE is a melodic hard rock band made up of like-minded musicians from the U.S.A. as well as Europe. We strive to write memorable, rocking, hook-filled songs that pay tribute to the rock bands of the 80s that we all love so much, while at the same time embracing todays modern production techniques.

Eddie LaValle and Paul Logue began writing songs together in 2011. There was instant chemistry based upon their mutual love of 80's rock bands such as Dokken, Def Leppard, etc. They were so pleased with the results of their collaboration, they decided to release an album of this new material mixed with some additional songs Paul had previously written. But first they would need to find some co-conspirators.

Paul reccomended his dear friend Carsten Lizard Schulz from Germany to be the vocalist. Eddie was blown away by Carsten's voice and he knew right away they had found their man. Once Carsten was in the fold he reccomended his best friend, German drumming legend Ramy Ali to round out the roster. Now all the pieces were in place. The only thing missing was a record label.

Paul had known John Kivel the President of Kivel Records for some time and he thought what LAVALLE was doing might fit nicely on the label. Paul sent some early demos to John who loved what he was hearing. A deal was struck. LAVALLE would record their debut album DEAR SANITY for Kivel Records. The album would be produced by USA based Ty Sims who would soon prove to be a perfect fit.

As the recordings progressed, it was obvious that some songs were just begging for a dose of keyboards. Enter Italian keyboard wizard Alessandro DelVecchio who had been playing with Paul in the mighty Eden's Curse. Ale brought the right sound, melody, and emotion that was needed to really take the music to the next level. During the recording process, the musicians really bonded over their love of music, and friendships new and old were strengthened.

Once all the tracking was completed, it was up to Ty Sims to mix and master the album. It was a challenging task because everyone involved wanted to keep one foot rooted in the past to pay tribute to all of the great bands that had influenced LAVALLE, but at the same time they didn't want an album that sonically sounded like it was produced in 1987. Ty exceeded all expectations as is clearly evident by the sound of the album.

While all this was happening, John Kivel was busy designing the album artwork concept and layout with renowned German graphic artist Thomas Ewerhard. The resulting album art is stunning and has been very well received.